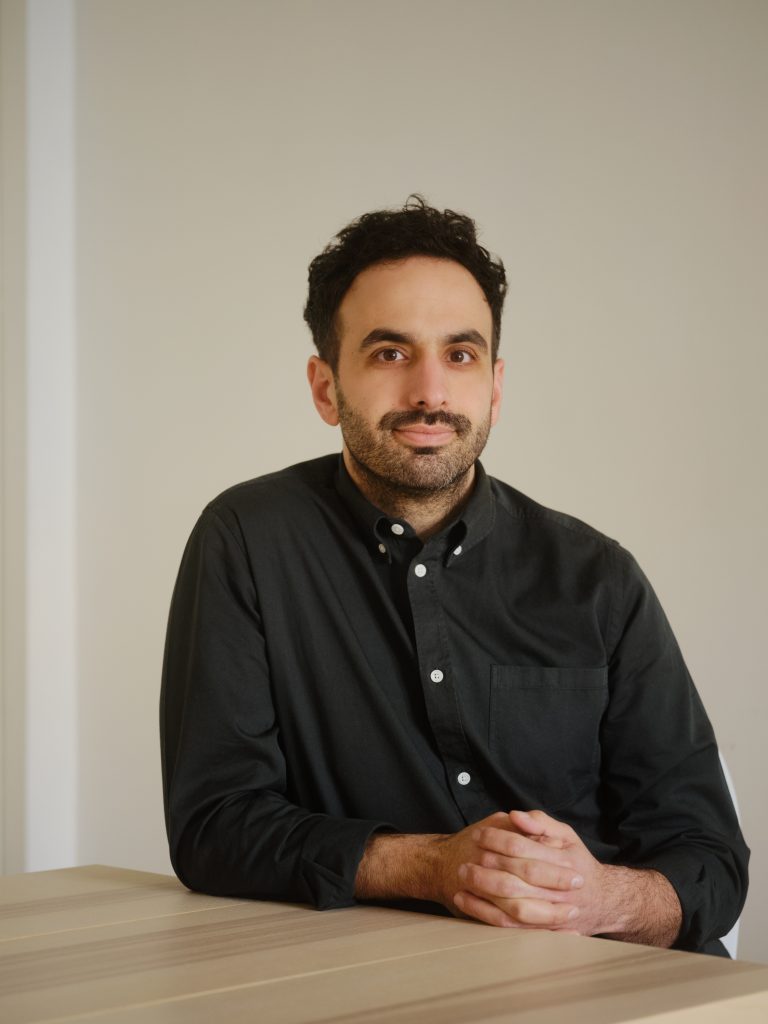 Born of a Tunisian Jewish father and a Saguenay mother, Nicolas Krief is the fruit of a surprising cultural and genetic mix. In 2012, he began his career by writing and directing the short documentary film Séfarade. In 2014, he won the SARTEC prize for the workshop Cours écrire ton court. In 2015, he co-wrote and co-directed the short film The Notion of Mistake, presented at several worldwide festivals.

Within a fruitful collaboration, Nicolas co-writes with director Patrice Laliberté his first feature films. In 2018, they wrote with Guillaume Laurin Very Nice Day, the first entirely filmed with a cell phone in Quebec.

This collaboration continues with The Decline, Netflix’s first Quebec film, for which he wrote the screenplay with Patrice Laliberté and Charles Dionne. Produced by Couronne Nord, the much-anticipated feature will be available in more than 40 countries in 2020.

This year will also signal the release of Les fleuristes, a web series written by the author, which will be broadcast onTV5 web platforms and Télé-Québec. This project allows him to address themes dear to him, such as cultural diversity and filiation. Themes are also addressed in Opération Carcajou, a short autobiographical film he will direct in the summer of 2020.

Nicolas is also working on several feature films, including a horror screenplay about a Quebec mystic from the early 20th century, produced by Stéphanie Morissette at La Maison de Prod, and Open Hours, a slasher about gentrification and real estate development produced by Caramel Films.

Experience in programming and festivals

Coordination for the Marché du documentaire.

Experience in visual research and advertising

Drafting of production process, in collaboration with the directors.