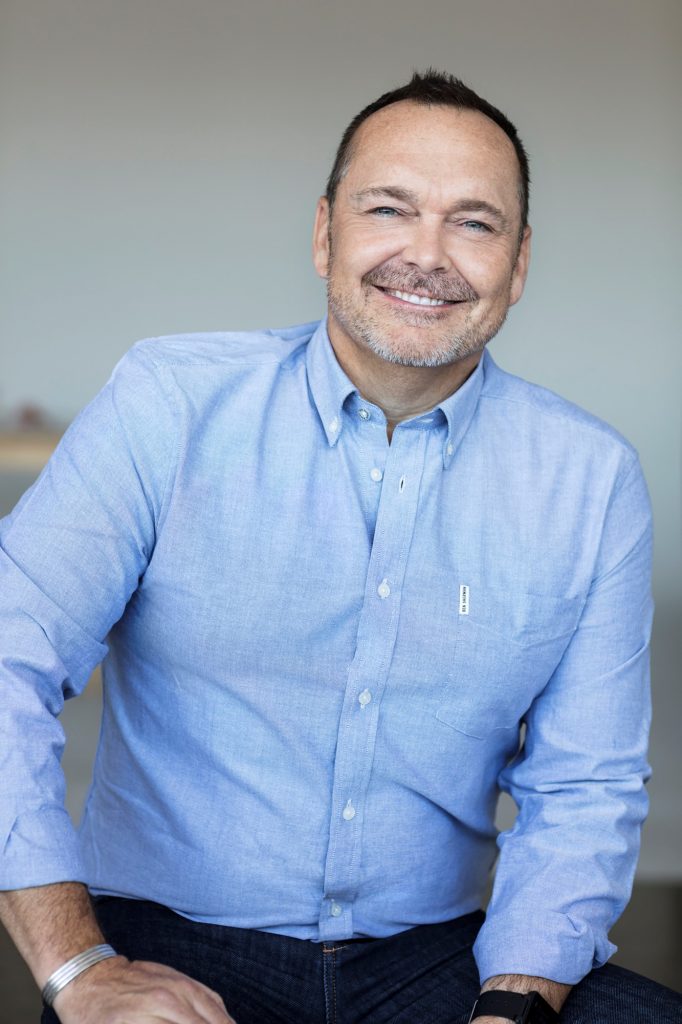 Jean-Michel was born in 1966, in St-Pascal de Kamouraska. Early in his childhood, the yearning of the stage is omnipresent. As a child, while attending Jean Lapointe’s show at the Grand Théâtre de Québec, he told his mother, “One day you will come here, and I will be on stage”.

In 1996, Jean-Michel introduced his first show, simply titled Jean-Michel Anctil, presented more than 250 times and nominated in the Show of the Year category at the ADISQ gala the following year. In 1999, he’s back with Rumeurs, a second show selling 532,000 tickets, making it the comedy show that has sold the most tickets! The DVD sold 70,000 copies. During this period, Jean-Michel will be proclaimed Comedian of the Year three times and Rumors will be crowned the most popular comedy show many times at the Les Olivier Gala. In 2009, he took the road to present Tel Quel, which will be applauded by 255 000 spectators. Once again, success is on the cards, winning the Olivier for the most popular comedy show while the DVD wins a Félix at the gala of the ADISQ 2013 in the category Album or DVD of the year – comedy. As of August 2016, Jean-Michel will propose Je4n-Michel, his fourth show in career.

Along with his successful career as a comedian, Jean-Michel likes to experiment with other aspects of the profession: he improvises – he was inducted into the LNI Hall of Fame on October 16, 2017 – and multiplies the roles at the television, especially in Tout pour toi, Détect inc., Le coeur a ses raisons, 450 chemin du Golf, Lance et Compte: le grand duel, Tranches de vie, 30 Vies. In the movies, we saw him in De père en flic and he also voiced the character of the father of the heroine in the animated film Coraline. He was also a radio host on Rock Détente for 4 years and on MusiMax for the show Une fois c’t’un clip. He animated the show Tested on humans, broadcasted on TVA, for 3 seasons.

As an actor, Jean-Michel has been noticed for his roles in the movies We Are The Others (Jean-François Asselin), Ghost Town Anthology (Denis Côté) and Les Barbares de la Malbaie (Vincent Biron).

We Are The Others (Nous sommes les autres)

One Man Show | humor
Creator and author of the show

One Man Show | humor
Creator and author of the show

ADISQ 1997 – Nomination Show of the year